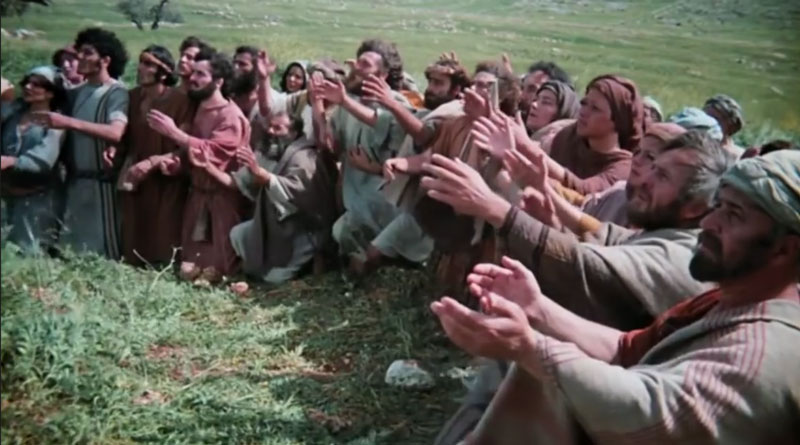 Dear Dave and Heritage AFlame family members, By the unique grace of God, the month of February has ended and we are once again overwhelmed to send out our monthly missions update regarding what the Lord has accomplished through all of us as we obediently carry the gospel and make disciples through the help of the Holy Spirit. We want to extend our profound gratitude to God for choosing to use us at this point in time.

In the last week of January 2015, we sent out our Jesus Film Evangelistic Crew to show three movies to residence in the Seminary Community. During the three nights of movies, over 450 persons came to watch the movies and about 150 persons made decisions for Christ. After that, an aggressive follow up plan was put into place to trace those who made decisions. On the first Sunday of February, a new church was launched in the living room of a resident of that community. The name of this church is called Highway Community Church located on the RIA Highway. It is a community of over 2500 residents. It began with 43 persons in attendance on the first Sunday and now has over 55 persons made up of adults and children in worship service. This church is the first of the four new churches we planned to start in 2015. Thanks to Pastor Emmanuel Harmon and team. Glory to God.

On the second Sunday of the same month, the second of the four new churches we planned to start also launched in a village called Cotton Tree. It is located some 150 miles outside Monrovia in central Liberia. It has over 700 residents with 7 surrounding villages. It began after an aggressive one on one evangelistic effort by Richard Konkon and Plakar P. Plakar.

The third of the four new churches we planned to start in 2015 commenced two weeks ago on the outskirts of Bong Mines in the Nyenyen community with 12 persons in attendance. Bong has over 7000 residents. Thanks to the evangelist efforts of Charles and Sam. This new church is a daughter church of the Bong Mines Community Church and the potential for growth is evident.

As we obey the command of Jesus Christ to go and make disciples and baptize them, two baptismal ceremonies were carried out by the Island and the Whennay Town Community Churches respectively. The first church baptized 36 converts while the later baptized 10 converts the same day in two separate locations. Thanks to Morgan and team.

Since our government has now instructed that the Bible should not be the only religious subject to be taught in her schools, but other religions should be equally taught, we deem it necessary as a ministry to start our own primary schools in which we can teach the Bible as the only religious subject and foundation for morality and life. Therefore, three primary schools are beginning on a small scale this semester at Brooklyn, Palmview and Kakata respectively. Thanks to Richard Vah and team.

Effective discipleship programs are occurring at our earlier planted churches around Liberia. For example, the monthly three days of fasting and praying at Forestland is still running and with the revival meeting on the 24th Community Church. Thanks to Ebenezer.

TEACHING YOUNG MEN TO FOLLOW THE LORD IS MUCH EASIER THAN TRYING TO REPAIR OLDER MEN LATER IN LIFE.

Jeremiah 32:17
"Ah, Lord God! Behold, You have made the heavens and the earth by Your great power and outstretched arm. There is nothing too hard for You."